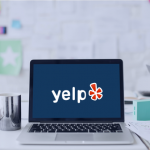 Local business owners around the world are furiously trying to reach the right customer at the right time. Let’s start off by introducing you to Dan – Dan is a marketer at an advertising firm. He works with multiple local business owners. Dan’s primary objective is to help his clients improve their business revenue. He spends most of his time building elaborate campaigns centered around SEO because he understands its importance. In order to be found online, his clients’ websites need to have a strong domain authority, which might take a while to build. But Dan believes he’s found a way around this – he’s going to improve his clients’ visibility online through Yelp!

For Dan, Yelp is like a Rubix cube. He’s looked everywhere for the formula that will help him crack it and get his clients’ listings on the first page. But he’s still not sure how to get there.

Dan is a typical customer of Synup. He understands the importance of the role that local SEO plays while strategizing marketing plans for local business owners. Although his local SEO efforts are in place, he needs to understand how he can get more out of Yelp for his clients.

Understanding Dan’s conundrum, we decided to approach the situation with some data. Although multiple analyses have been done around factors that influence search rankings on Yelp, we wanted to support our analysis with some numbers. Let’s face it, Dan would love it if he had numbers to fall back on, for the decisions he’s made.

Moving into the voice-search era

Dan knows that his clients’ customers are getting comfortable with voice search. We are talking about marketing and capturing the lead that is growing accustomed to a simple “Hey Google” or “Alexa!”. Discovery of services is becoming simpler for the customer. Meanwhile, Dan’s work is becoming exponentially harder because he wants to stay on top of it all, and be able to do it for all of his clients.

Why is Dan focusing so much energy on Yelp then? He knows that Yelp reported an average of 30 million unique users monthly via the mobile app and an average of 70 million unique visitors monthly through the web. This means that his clients get more visibility and better brand awareness. Dan also knows that voice search platforms like Amazon’s Alexa or Google’s Assistant source many of their responses from Yelp. This is because Yelp’s network stretches as far as 32 countries globally and it holds a repository of local businesses across categories.

Ranking of businesses on Yelp

Yelp takes a variety of factors into consideration when ranking local businesses on search. The ranking of businesses that one can find after running a search on Yelp is determined by cumulative scores that Yelp factors in before throwing pages of results in an orderly fashion in front of the customer.

Some of the factors that Dan knows of are:

There might be more factors that go into consideration while ranking businesses by Yelp. The above are the ones that Dan knows of.

What went into consideration here?

In order to help Dan and the others, we decided to base our analysis on actual data from Yelp. The idea was to pick a common category across multiple locations and compare the information.

One of the most common reasons that end customers go to Yelp for is home services. These include hiring a contractor, carpenter, plumber or an electrician for their homes. We decided to pick the “Plumbing” category for this project.

The details of the first hundred organic Yelp search results were compared for ten popular cities in the United States. The ten cities chosen were New York City, San Francisco, Los Angeles, Chicago, Houston, Philadelphia, Phoenix, Miami, Boston and Washington DC. These cities were chosen because each of them showed more than a thousand plumbing business listings overall. They are also highly populated and should get a high volume of searches.

What we learnt from the data

To start off with, it can be safely said that the ranking algorithm that Yelp uses, takes into consideration a multitude of factors. But Dan already knew this, didn’t he? Below are some factors that were analyzed.

Of all the ten cities we looked into for this business category, none of them showed a correlation between the total number of reviews that the business has received and the final ranking Yelp showed. Dan would expect a linear dependence between the two attributes, but we couldn’t prove this for any of the ten cities chosen.

Dan believed that the business ranked number one would have the maximum number of business reviews and the one ranking at number hundred would have the least, in comparison. The graph in such an ideal situation would look something like the one below. But what we actually saw is depicted in the tedious statistical representation below. To make it a little easier to understand, let’s take the example from the Washington DC search results. The business ranking at the first position had a total of 57 reviews and that at fourth position had 316 reviews. Businesses from Miami (screenshots shown below), showed a larger disconnect – the 25th rank had 23 reviews, whereas the 31st rank had 127!

The possible explanation here is that of credibility. Yelp has a system of scoring its users based on the frequency at which they use the platform, the number of check-ins they record, the number and quality of reviews they give and also the number of followers the user profile has. The Yelp algorithm also disregards certain user reviews if they feel the need to. This can be due to the fact that reviews from the said users have gotten flagged at prior instances.

Yelp has become a large community of highly engaged users that call themselves “Yelpers”. And it only makes sense that the platform has a section of users that it classifies as Elite members. Members of this Elite squad are designated by a special badge on their profile and require to check off a number of factors laid out. So, the more the number of reviews a business receives from Elite Yelpers, the higher these reviews are valued.

Apart from the above, Yelp also makes use of a “recommendation software” which Dan knows of. This software essentially selects a few reviews from the vast number that the business has and highlights them to users. It is a reflection of the kind of users the user follows and has liked reviews of in the past.

Another safe expectation that Dan would have while looking at search results on Yelp is the overall rating of the listing. Ideally, the ones that have an overall rating of 5.0 will be ranked the highest, and the lower ones would follow subsequently. But, such is not the case. The overall star rating of businesses did not affect their ranking.

While setting up the business profile on Yelp, Dan was allowed to pick more than one category. This gives his clients the advantage of “organically bidding” on more than one keyword on Yelp’s search. Dan assumed that adding more number of business categories related to the primary brand category helps improve searchability.

From the sample set of data picked here, it was seen that most businesses had been listed under more than one business category. For example, most of the business locations in the plumbing category had added a bunch of other categories. These were a mix of additional services that they provided and also related category labels.

Among the top five businesses ranking in Los Angeles, four had listed three categories on their profile and the other had two added categories. Of the top hundred ranks, 39 businesses had at least three categories listed. Majority of the plumbing businesses (53 of the 100) had associated two categories to their listings. This tells us that adding more categories while listing your business not only helps enhance your profile but also improves your search ranking. Since business listings are ranked based on their profile as well, it makes sense to check the profile completion rates. No noticeable trend was found in the data set here. Almost all businesses that rank on the top 100 have a completed profile, if not close to. There were few exceptions where businesses had not mentioned their website, which might be because of the fact that not all plumbers own websites.

Let’s take the example of the city of Houston. All but two of the the plumbing businesses ranking in the first hundred sports had a profile complete with a detailed address and phone number. All ten ranking at the top had a website listed. But such a consistency was not seen across other cities.

Plumbing businesses across cities had uploaded pictures on Yelp, added phone numbers and a complete address. An additional line of information in the address that let customers know of the area they provide services in was found.

Yelp has emphasized the importance of keywords in business reviews. The algorithm takes into consideration the relevance of keywords and the frequency with which they appear in the reviews from users.

The table below is a sample set of the keyword frequency in the top 20 business reviews of the first 100 ranks in San Francisco. Keywords that relate to the service – like plumbing – or those that indicate a positive experience from the customer’s point of view were seen to occur more frequently.

Yelp’s Recommendation software takes into account the presence of positive and relevant keywords. Relevancy here, depends on the industry which in this case is plumbing. Therefore, it makes sense that the reviews by Elite Yelpers are descriptive. They not only pack a lot of information, but also use terms that might help the business.

Yelp not only ranks business reviews based on the keyword density, but also scores the users based on the length, quality and relevance of the reviews they share. This is taken into consideration when the recommendation software chooses to highlight certain reviews over others.

Businesses benefit by getting reviews that feature desirable keywords.

Featuring the primary keyword (in this case “plumbing” or “plumbers”) within the business name also helps improve searchability. This can be understood simply by thinking of how searches work. When looking for businesses that provide a service that the customer is looking for, it makes Yelp’s job easier if the search term is present in the name of the business itself.

To corroborate, 77 of the 100 top business listings in the plumbing category in Houston have the word “plumbing” in the name of the listing itself.

Presence of focus keywords within the business name helps in ranking higher.

It is now for Dan to get a better understanding of what to expect when creating and improving his plumbing clients’ Yelp profiles. The trends and variations will definitely vary when looking at different cities or when focusing in on a different business category.

Check out our list of Google’s local search ranking factors if you liked this post!
powered by Typeform 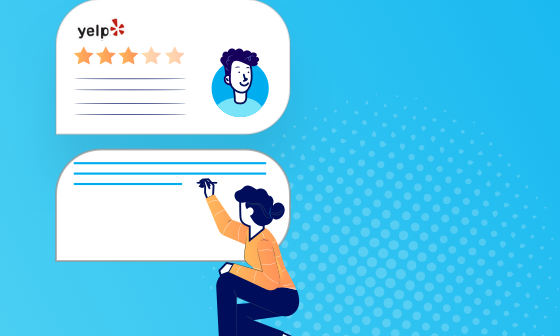 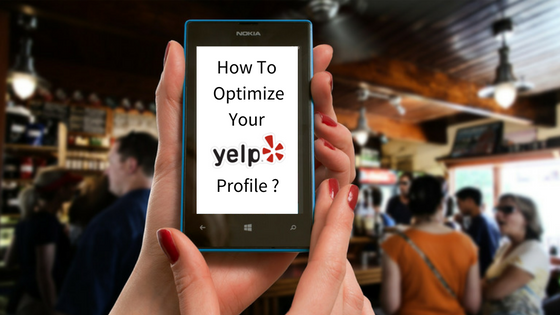 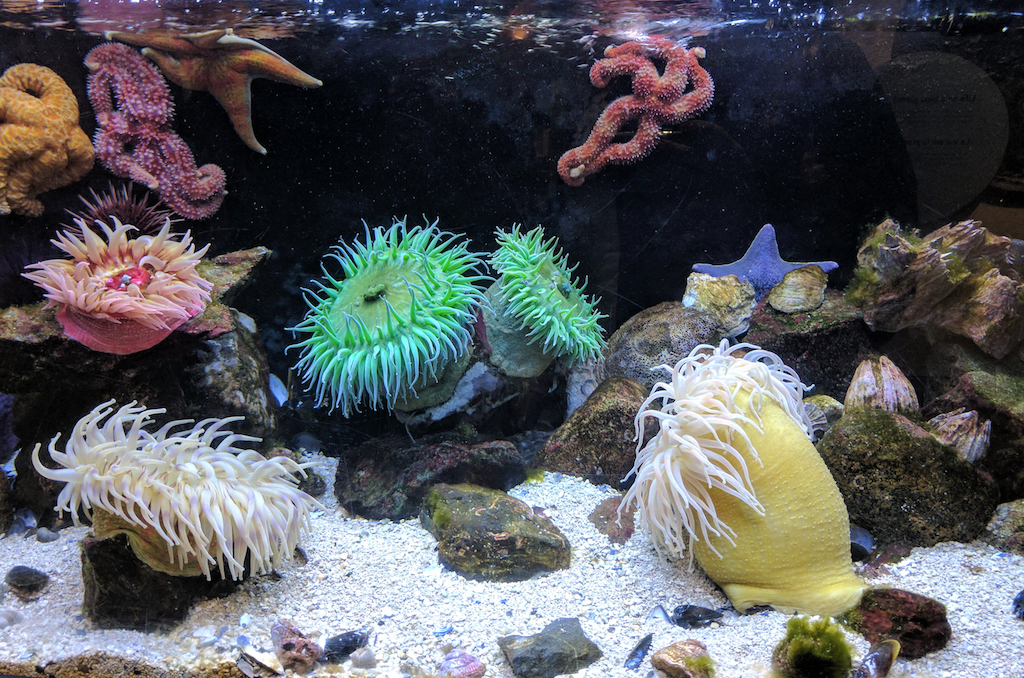